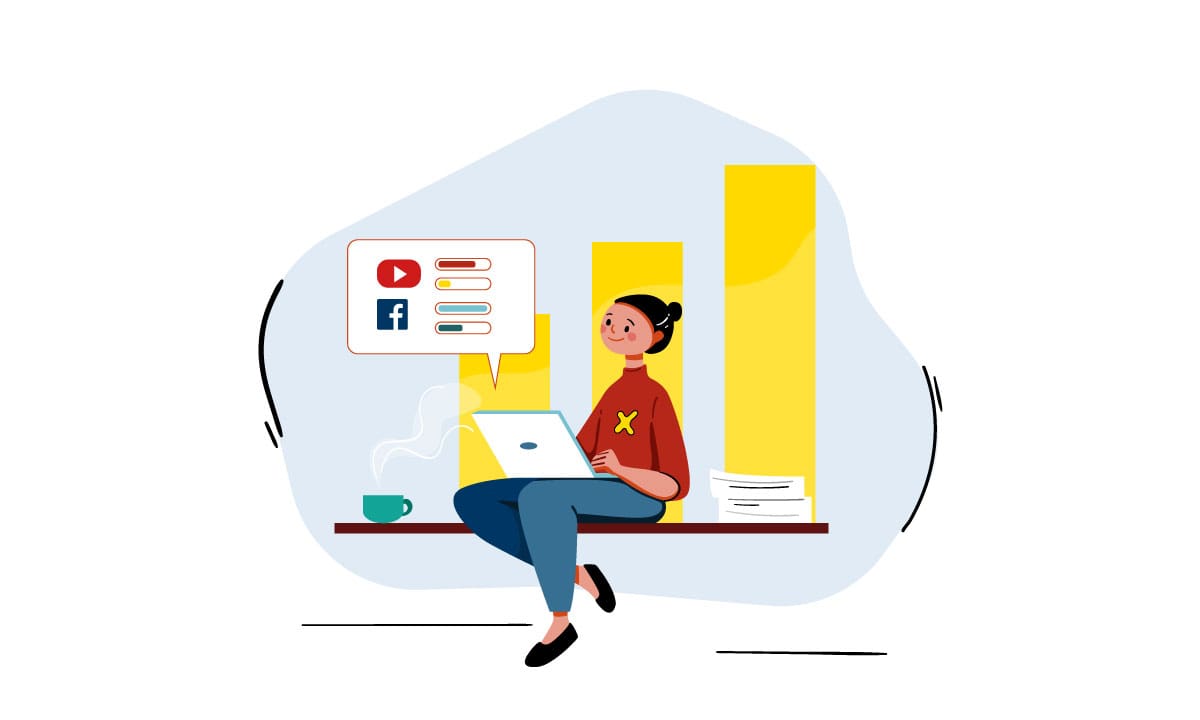 Have you ever stumbled upon a giant, unusual ad while walking down the street or driving down a highway? The word “unusual” is written in italic form for a reason. We’re not talking about any eye-catching environmental advertising. We’re talking about ads that the first thing that comes to your mind after seeing them is: “I’ve never seen anything like it before. That is so cool!”.

These head-turning ads are instances of Guerrilla Marketing ideas. The technique is aptly named. Just like guerilla warfare that incorporates unconventional ways to fight off organized forces, guerilla marketing uses offbeat methods to send indelible messages to a wide range of people.

Let us elaborate. Guerrilla marketing is different from traditional marketing because it doesn’t involve paid advertising on mass media channels like TV, social networks, or even city billboards. The whole point is to garner attention by spending little to no advertising budgets. When you lack the currency of money, what will you resort to? Exactly. Creativity!

Jay Conrad Levinson coined the term Guerrilla Marketing in 1984 in a book with the same name. A student asked him to recommend a book about marketing with small budgets. After some research, Levinson realized that there weren’t any at the time and decided to write one himself.

Levinson outlined a highly effective technique that could counter the negative effect of ad fatigue. The phenomenon was starting to become a concern for businesses in the 80s. People were (and still are) becoming elusive towards advertising. Local businesses needed a way to find more customers in markets with ever-growing big players.

Levinson’s method required efficient usage of surprising tactics that caught the target audience off guard and were assumed unorthodox and innovative. He showed marketers that instead of spending fortunes on paid campaigns, they could send powerful messages through clever usage of everyday objects.

Interestingly enough, Levinson used guerrilla marketing to sell the first copies of his book to show that it works. He offered the books, a rack, and 50% of sales to local bookstores. There was a catch though. Bookstores had to place his books next to the cash register. With 240 copies sold in a month, Levinson’s neat trick became one of the first examples of effective guerrilla marketing.

Guerrilla marketing is perfect for small to medium businesses that are short on money for promoting their goods or services. The budget-friendly nature of this technique makes it an ideal way to spread your name with minimal costs while creating a memorable experience for your target audience.

It’s risky and requires a ridiculous amount of time, energy, and most important of all, imagination. That is why GM is not so common among businesses. Not everyone, even billion-dollar companies, is able to pull it off. But when they do, it could generate massive publicity.

Guerilla marketing revolves around working with the element of surprise. Making lasting impressions on people who interact with your campaign is key. If done well, there’s a significant chance that the word of your “cool ad” will spread among social circles. Even better, it could go viral on the internet. You basically kill multiple birds with one stone. Not only will you convey your intended message to a vast number of people, but you’ll also generate buzz and increase brand awareness without draining your resources.

As we mentioned earlier, guerilla marketing is a high-risk, high-reward move. Coming up with an original idea that resonates with your audience is not an easy task, let alone finding a cheap, creative, and unignorable way to implement it. Simultaneously, your message should be clear and bold without annoying or offending anyone. Several reasons make guerrilla marketing a risky move. There’s no guarantee that your campaign will become popular. If you’re not careful enough, you may receive backlash from an angry crowd. Your campaign may seem ingenious to you, but it could look insensitive from the public’s point of view.

Companies try to be as shocking and memorable as possible with their guerrilla campaigns, which means they will be treading on thin ice. As there are no paid options involved in this technique, marketers turn to alternative ways to send their message. It could include public places, sidewalks, landmarks, and many other places that aren’t dedicated to advertising.

It’s likely that guerilla campaigns cause the ire of authorities or even legal issues as a result of violating urban regulations or copyright infringement. Nonetheless, the benefits of this technique are so much greater compared to the consequent troubles that companies are willing to be punished for them. Guerrilla marketing tactics generally have no clear-cut definition. Since they’re based on creativity, every marketer could devise a different solution that could be counted as unconventional and thus guerrilla. Nevertheless, various forms of GM are categorized into overlapping types, all of which focus more on amplifying brand awareness instead of other factors like sales drive.

Alongside being creative, ambient marketing ideas have a very important aspect: The surprising use of unusual spaces. In this type, companies cleverly take advantage of areas where people don’t expect to see ads. More often than not, they also add a twist to the mix by playing with the environmental elements to amplify their core message.

Ambush marketing is one of the most prominent forms of guerrilla marketing. As the name suggests, it involves taking advantage of an established event or property, without having any official association with it. Ambush is particularly tricky since companies must steer clear of trademarks associated with the intended event to avoid getting into legal disputes.

Street marketing is probably the most common type of guerrilla marketing, but at the same time, it’s the most diverse. The goal is to establish direct communication with prospects via nontraditional methods, specifically in urban areas. Instances could take many forms: from flyers, posters, vouchers, and coupons to art displays and even artistic performances. Unlike ambient marketing, the placing isn’t necessarily unusual. A great example would be transforming mundane objects like bus stops into clever means of promotion.

Any strategy that utilizes the rapid spread of information between social media users is considered viral marketing. This type of guerrilla marketing overlaps considerably with other types like street marketing since footage, pictures, or simply words of a highly unusual and exciting street ad could go viral on social networks and news outlets. Nevertheless, there are several other ways to use the power of the internet free of charge, most of which make deliberate use of trends.

Guerrilla marketing itself is not necessarily illegal. Yet, in many cases, it can cause the ire of authorities or even worse, legal issues. One of the most common forms of guerrilla marketing is the unauthorized use of places that are not dedicated to advertising purposes (like buildings, sidewalks, etc.). Otherwise known as “Ambient Marketing”, this strategy could result in significant fines. So make sure to consult with a lawyer about the possible unpleasant outcomes of your campaign before running it.

It depends on the campaign you want to run but generally, guerrilla marketing is a cheap alternative to traditional advertising that relies heavily on creativity and innovative use of mundane objects and places.